Special event listings on event calendars as well as social media postings regarding events help drive the bus to increase and enhance awareness and exposure to build traffic to your winery.

We create impactful, telling & selling graphics that tell the tale in a small digital space to send customers to your retail space.

We feel it important that Wineries grant themselves permission to have at least two different logos.

One of which should be designed specifically for the very small icons used in Social Media ranging from the 100 pixel X 100 pixel to the 50 pixel to 50 pixel size.

Here’s one we did for Hyatt Vineyards:

We specialize in creating logos that POP at a small size and think it extremely important that wineries use these in the social media space.

Otherwise, an intricate or very wide logo will get schmushed into an inkblot and then you’ve missed a clear exposure opportunity in the new world of media.

And, wouldn’t that be a shame? 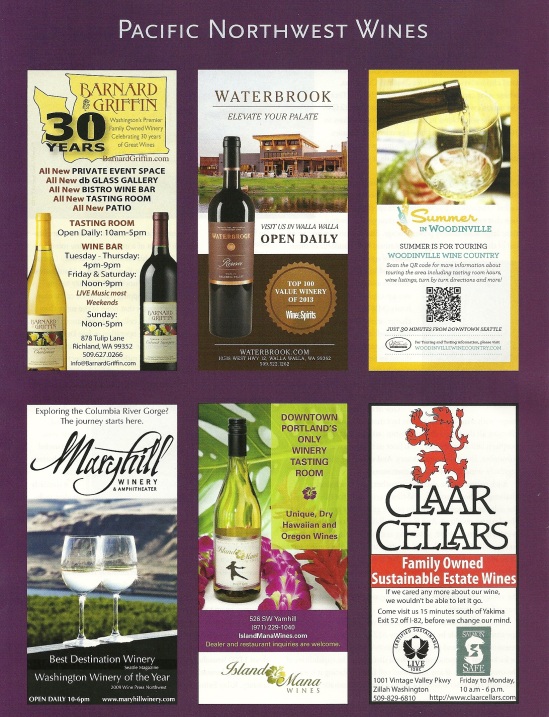 It is never too early to start planning a winery anniversary celebration.

And, an anniversary event doesn’t have to be about the year the winery started. There are so many reasons & milestones to celebrate and turn into an opportunity to sell more wine.

We are experts in creating and conducting corporate anniversaries. Our people have created and conducted local, regional and national activities in support of:

We are talking about a well constructed, orchestrated, integrated marketing campaign targeting the media that generates additional consumer awareness and exposure.

The above as part of a full-tilt, multifaceted, sales focused campaign that sets the stage for targeted and aggressive merchandising, marketing and sales promotion activities throughout the year.

Wines of Washington Promotion is a strong advocate of, and your partner in, energizing and incentivizing all of your channels of distribution in an integrated manner so that all portions of the anniversary look to be a seamless part of the whole.

Thus, an energized consumer, driven by your promotional messaging, meets up with an energized anniversary promotion at retail and/or online, so you realize increased sales.A winery anniversary should not be just an exercise in drum beating.  Done properly, corporate and/or product anniversaries are the opportunity to establish a platform to increase awareness, exposure, activation, engagement AND sales.

We look forward to the opportunity to sit down with you to discuss future plans for your winery anniversary activities. We will build a targeted campaign that goes beyond the warm and fuzzy to service your primary marketing objective – sales.  Call 206-369-0320 or email.

TASTE WASHINGTON looms LARGE.  Hope you are taking full advantage of this magnificent venue and opportunity.  It’s the Big Gig in Washington Wine.

Make sure you pre- and post-merchandize/promote/publicize your winery’s/AVA’s presence at this event in all of your social media, advertising and digital press releases to reach an even larger audience than just those in attendance.

Calling us uncorks a flurry of activity to get your marketing tasks done!

Call or email.  Our job is to help you sell more of the fruits of your labor.

Look forward to seeing you at the show.  Ja!

Check out the WA Winery Dogs (Woof!) on our consumer-facing PINTEREST page which now has over 800 followers.

Our consumer-facing Twitter page now has over 8,500 followers.   We are:  @WINESofWA

SEATTLE – The Washington Tourism Alliance has appointed Louise Stanton-Masten as its executive director.

Stanton-Masten was president and CEO of the Everett Area Chamber of Commerce from 2001 to 2011 and was business development director for Economic Alliance of Snohomish County from September 2011 to January 2012, when she resumed management of her consultancy, Stanton-Masten Consulting.

“I am excited to be working with our members and very dedicated board of directors to help advance the tourism industry in Washington state,” Stanton-Masten said in a news release. “Tourism is a $16 billion industry, responsible for more than 150,000 jobs in Washington state. While building upon the successes of the WTA over the past year, we’ll be aggressively working to establish a long-term and sustainable funding model for statewide tourism marketing and promotion in the future.”

She serves on the Future of Flight Foundation Board of Directors and served on the City of Everett Lodging Tax Advisory Committee and the executive board of Leadership Snohomish County. Professional affiliations include the American Chamber of Commerce Executives, American Institute of Certified Planners and the American Planning Association. She served on the Washington Chamber of Commerce Executives board of directors between 2006 and 2012 and was board chairman between 2011 and 2012.

How is your listing on the Washington State Wine Commission site doing?

Have you updated it recently?
We just updated the Barnard Griffin Winery pages on the WSWC website.  Click here:
http://www.washingtonwine.org/wineries/barnard-griffin-winery/

The WSWC site is a great portal site with significant consumer traffic that can be directed to your website and to your winery tasting room.  It is definitely worth the investment in time and energy to make sure your pages are spruced-up with eye-catching graphics and rich, robust and current information about you, your winery and your passion.

This is such a great forum and it’s all part of the perks of WSWC membership.

If you don’t have the time to take full advantage, let us help to further build out your WSWC web presence.